The radioprotective efficacy of genistein, a plant-derived molecule, was originally discovered by Dr. Michael Landauer at the Armed Forces Radiation Research Institute (AFRRI), and was patented and licensed by HJF to Humanetics Pharmaceuticals to develop it as a pharmaceutical drug to protect against radiation exposure.

Humanetics is pursuing this effort for uses that encompass both protection for Warfighters and civilian populations as a countermeasure, as well as mitigating the side effects of radiation therapy in cancer patients who are receiving radiation treatment for solid tumors.

HJF and AFRRI worked with Humanetics subsequent to the license arrangements by collaborating under CRADAs to support Humanetics’ commercialization of genistein, and develop a unique nanosuspension formulation of it, called BIO 300. 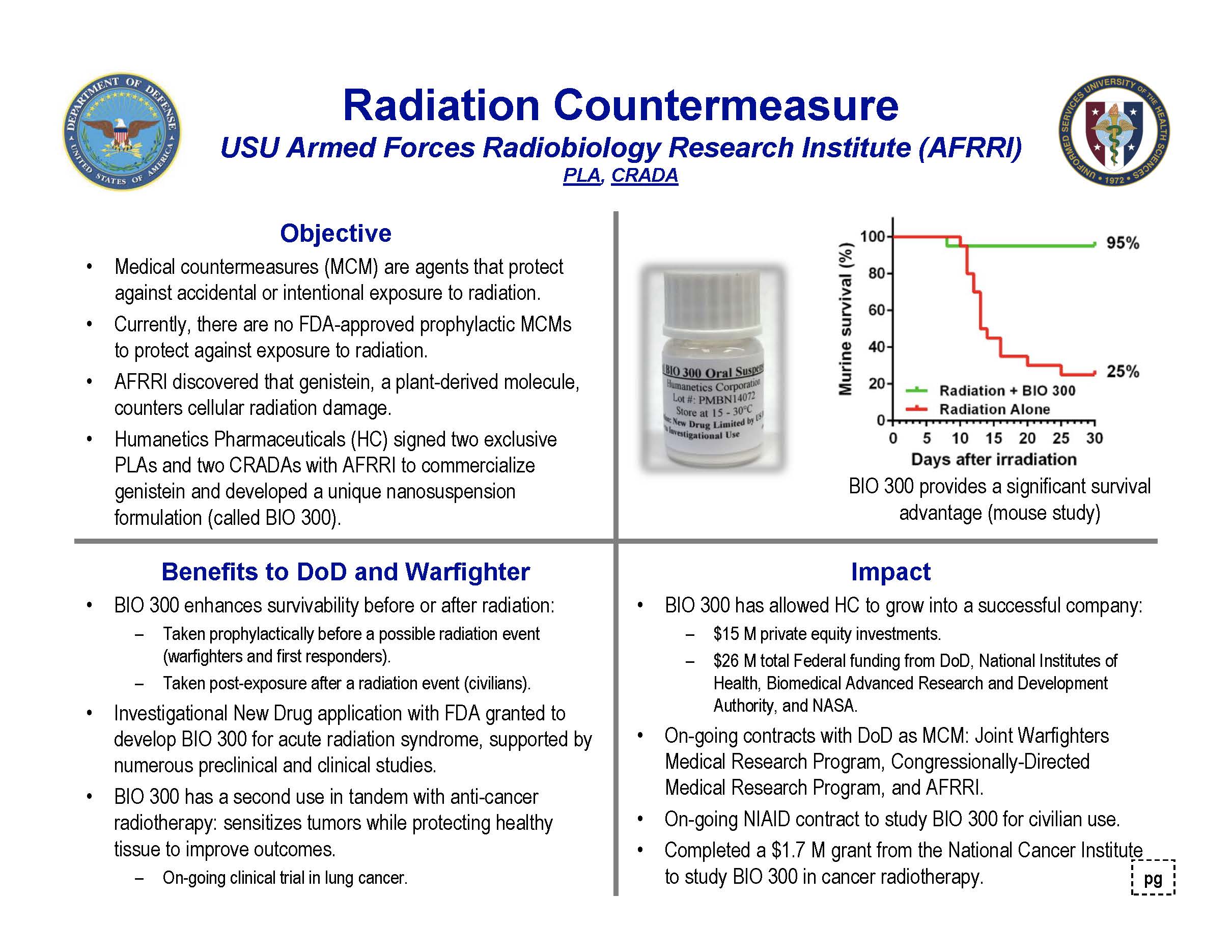 The appearance of the U.S. Department of Defense (DoD) visual information does not imply or constitute DoD endorsement.
© 2023 The Henry M. Jackson Foundation for the Advancement of Military Medicine, Inc. All rights reserved.