San Antonio, Texas - The Henry M. Jackson Foundation for the Advancement of Military Medicine, Inc. (HJF) donated rapid response trauma kits for use by the San Antonio and Austin Police Departments. These kits, which were sourced from North American Rescue (NAR), include life-saving technologies developed in conjunction with military scientists and experts, such as tourniquets and hemostatic bandages.

While tourniquets and bandages have been used to treat trauma for hundreds of years, military medical research projects have resulted in meaningful upgrades to these devices. Tourniquets are now smaller, more effective, and easier to use. Hemostatic bandages can stop bleeding faster due to advancements in material science that increase the speed of coagulation. HJF helped drive the creation of these advanced technologies, and these modern life-saving devices are included in NAR’s trauma kits.

“HJF is dedicated to advancing technologies that protect and aid our men and women in uniform,” said HJF President and CEO Dr. Joseph Caravalho. “These inventions also have application in civilian life. A tourniquet can save a life in a car accident. A hemostatic bandage can prevent severe blood loss when a victim is on an oil rig, a farm, or anywhere else far from a hospital.”

“We are extremely proud to partner with HJF as they deliver proven lifesaving medical equipment to our law enforcement officers. Equipping first responders with the tools to address life-threatening injuries as soon as they are on scene means fewer lives lost,” stated Brent Bronson, Vice President of Public Safety Sales for North American Rescue. “Increasing survivability is at the heart of our mission at North American Rescue, and we share a common goal with HJF to leverage innovations in trauma medicine developed through lessons learned in military medicine.” 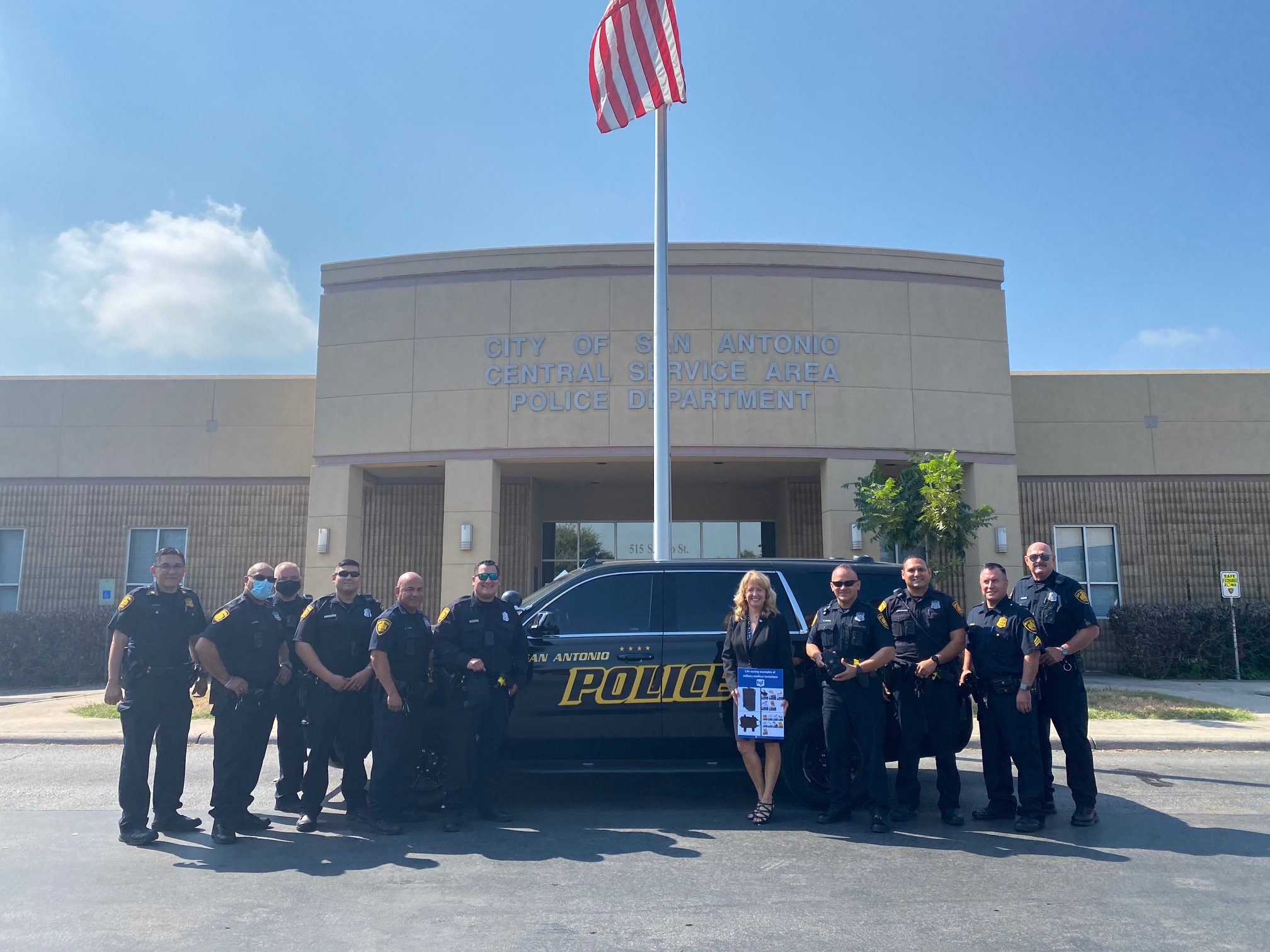 Known as Military City, USA, San Antonio is a nexus of military medicine with more than a dozen military health system units and hundreds of research programs in progress throughout the area. HJF’s teammates in San Antonio have supported such efforts for more than 20 years.

“HJF is driven to serve our nation’s heroes, both those deployed and those who keep our communities safe,” said Caravalho. “It’s gratifying for HJF to donate kits exemplifying the contributions military medicine has made for all to the San Antonio and Austin police departments.”

The San Antonio donation was made via The Southwest Texas Regional Advisory Council (STRAC). STRAC is designated by the Texas Department of State Health Services to develop, implement, and maintain the regional trauma and emergency healthcare system for 22 counties in in Southwest Texas. STRAC is a 501(c)(3) non-profit member organization consisting of hospitals, first responders, and emergency care centers.

About North American Rescue, LLC.
North American Rescue (NAR), based in Greer, South Carolina, has proudly enjoyed the honor of serving their country, community, and customers for over two decades. NAR is leading the way in decreasing preventable deaths by providing innovative casualty care solutions to our uniformed soldiers, first responders, health care professionals, and security forces both at home, and abroad in foreign combat zones. For more information on North American Rescue and products visit www.NARescue.com or call (864) 675-9800.

About HJF
The Henry M. Jackson Foundation for the Advancement of Military Medicine, Inc. (HJF) is a global nonprofit that administers more than $500 million in medical research funds annually. For more than 35 years, HJF has partnered with researchers and clinicians to provide bench to bedside to battlefield research support. More than 3,000 HJF teammates ensure HJF is a trusted and responsive partner by providing scientific, administrative, and program operations services to researchers in the military, academia, and private industry.